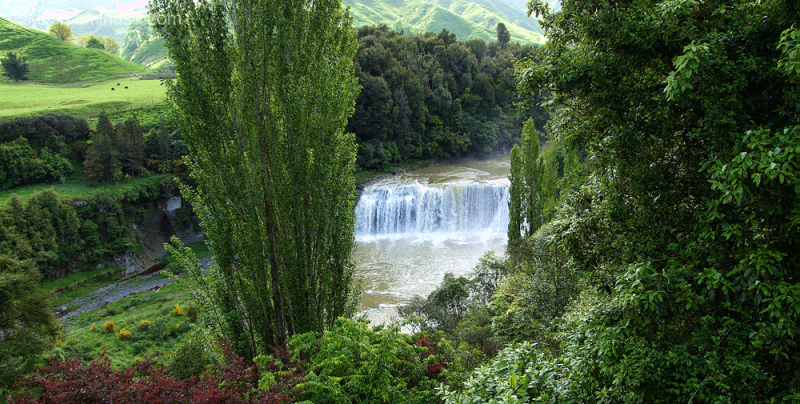 Posted by Jules (Drayton, United Kingdom) on 13 August 2014 in Landscape & Rural and Portfolio.

As seen from the viewpoint just off from State Highway 4

After a landslide of the waterfall channel last year, the falls are now narrower and reported to be less spectacular.

(I would be tempted to argue that as the volume of water flowing through the falls remains the same relative to the geographic conditions of the Mangawhero river, therefore a narrower channel for the water to travel would in fact make for a more dramatic sight - but that is based purely on assumption!)
..........☆..........

Very green and lush,does the shot lean to the left a little ? (using the waterfall as a horizon line) or is that just my eyes !!

A lovely image. The falls are beautifully framed. Gorgeous view and landscape!

i like your composition and framing of the falls with the trees!