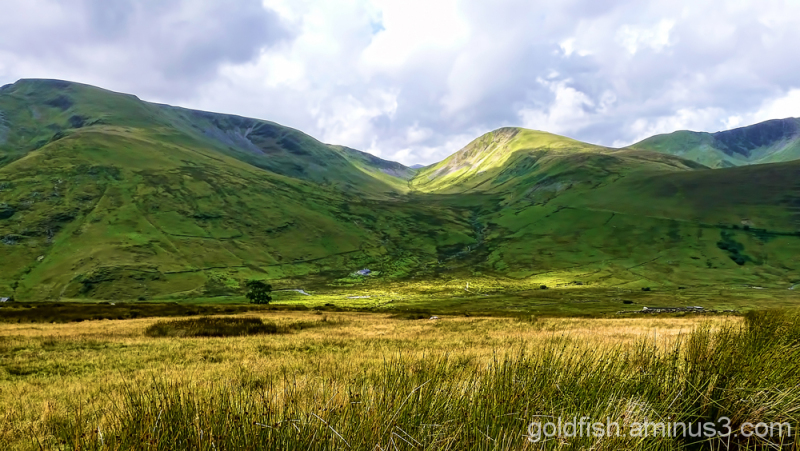 Posted by Jules (Drayton, United Kingdom) on 1 July 2012 in Landscape & Rural and Portfolio.

Yr Wyddfa - Snowdon is the highest mountain in Wales, at an altitude of 1,085 metres (3,560 ft) above sea level, and the highest point in the British Isles outside Scotland. It is located in Snowdonia National Park (Parc Cenedlaethol Eryri) in Gwynedd and it is designated as a national nature reserve for its rare flora and fauna.

The rocks that form Snowdon were produced by volcanoes in the Ordovician period, and the massif has been extensively sculpted by glaciation, forming the pyramidal peak of Snowdon and the arêtes of Crib Goch and Y Lliwedd.

Snowdon boasts some of the best views in Britain, and the summit can be reached by a number of well-known paths. The summit has been described as "probably the busiest mountain in Britain" as it can also be reached on the Snowdon Mountain Railway which carries passengers the 4.7 miles from Llanberis to the summit station.

The name Snowdon is from the Old English for "snow hill", while the Welsh name – Yr Wyddfa – means "the tumulus", which may refer to the cairn thrown over the legendary giant Rhitta Gawr after his defeat by King Arthur. As well as other figures from Arthurian legend, the mountain is linked to a legendary "Afanc" (water monster) and the "Tylwyth Teg" (fairies)

Clouds made bright part and dark part on the hill. Beautiful contrast !

The light on the green hills is magical. Love this beautiful view.

Damn this is quite a stunner. The light and the colour are magnificent.

Stunning place indeed and I guess a very enjoyable walk.

Great picture with an excellente composition.

Impossible to deny that nature is sensual and delicious ways ... Your image is a good witness ... A hug, Adela

This is just one of the most beautiful places on earth, lovely image Jules

From this angle we can see the lovely curves of the mountainside. Just beautiful.

The saturated colours are gorgeous here

Gorgeous light and colors on this amazing landscape !!! Wonderful shot ...

Very good composition and framing. Bravo !!!
Have a lovely day.

This fabulous green and the light, great composition. Good day.

Glorious view Jules, the highlights are beautiful too.

magical landscape! this time the lush greens really shine through!

I really do love the greens

Simply wonderful. I love the light, especially the way it is cradled in the upper valley.

This image has been featured in 1 Remix collection.