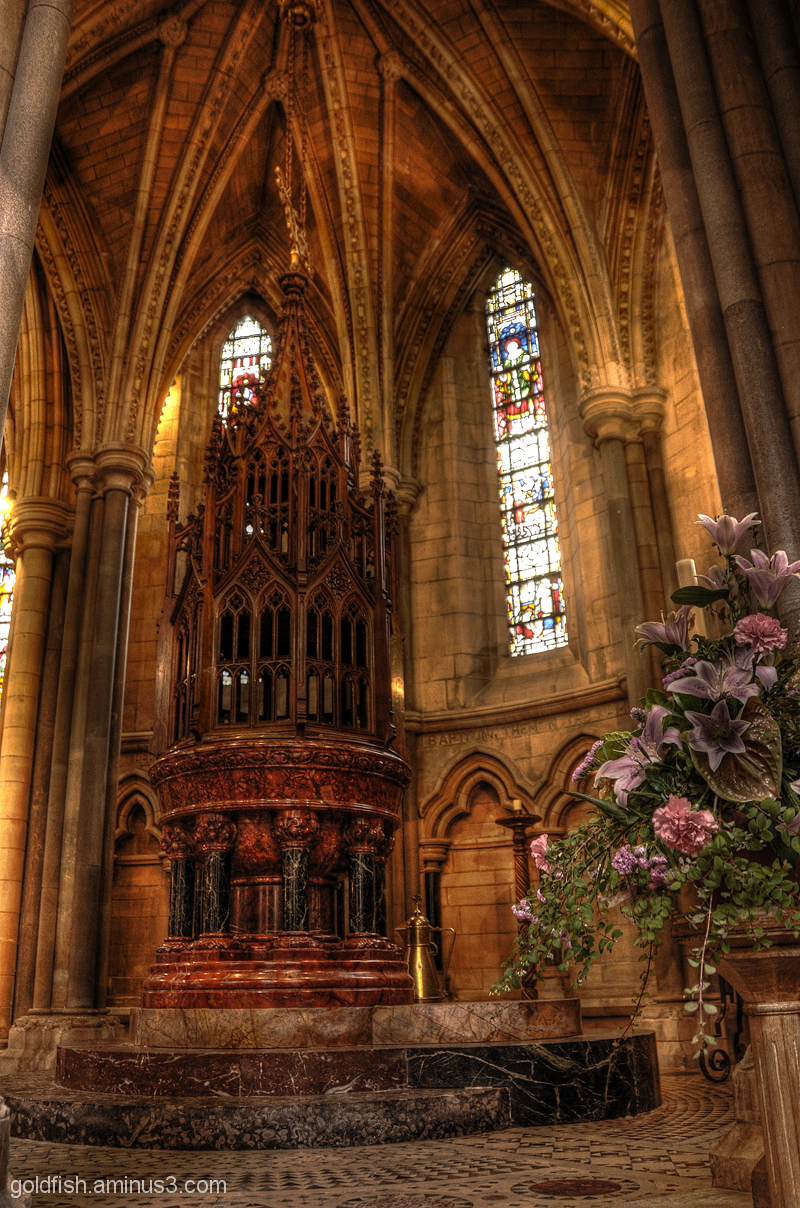 Posted by Jules (Drayton, United Kingdom) on 31 May 2012 in Architecture and Portfolio.

The Baptistry, is considered one of JL Pearsons (architect) crowning glories. It contains the Cathedral font and is dedicated to Henry Martyn, a famous missionary, who is remembered in the church calendar on 19th October each year.

I can´t but help wonder at the amazing amount of work that went into erecting buildings like this.A fantastic shot.

Terrific composition Jules, this has been a superb series

Wow, an awesome image!
An awesome looking font too.

I like your farming , wonderful architecture and beautiful detail on the pulpit , Phil

Marvellous series - these rich wood tones are a delight. Lovely composition as well with the pastel flowers on the edge of the frame contrasting with the wood tones.

This is beautifully framed. The rich colors are gorgeous. I have really enjoyed this series.

Terrific detail of the stone work and the colour and light are wonderful.

This is só beautiful..hard to find the right words...just gorgeous !

Your pictures are getting better by the day. Another great shot :-)

a fine composition topped off by the subtle inclusion of that beautiful floral display.

Magnificent details of this masterpiece with a great combination of wood and marble !!! Outstanding ....

My favorite so far from this stunning series . . . the flowers add an amazing touch to the composition. Fantastic work, Jules!

superb detail! your capture allows to really appreciate all the work that has gone into the creation of this place!

Gorgeous capture of a grand place and the precious details. Absolute beauty that touches the eyes adding those flowers in the framing makes it perfect