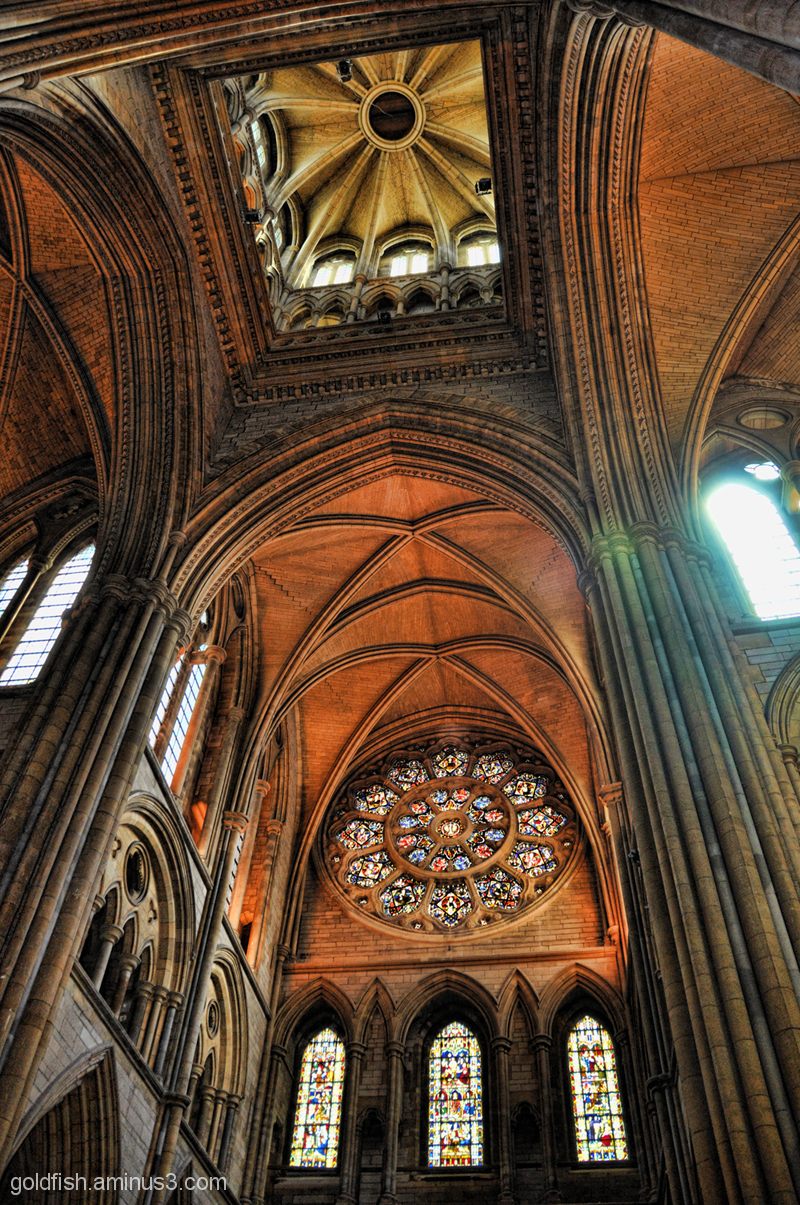 Posted by Jules (Drayton, United Kingdom) on 30 May 2012 in Architecture and Portfolio.

The central tower and rose window of the south transept. The stained glass at Truro cathedral, was made by Clayton and Bell and thought to be some of the finest Victorian stained glass in England, the windows tell the story of the Christian Church, starting with the birth of Jesus and finishing with the building of Truro Cathedral.

Beautifully captured, your shot really brings out the superb architecture of this wonderful building Jules

A picture of the beauty and religious!

If only walls can talk ! A wonderful place and tribute to light.

Wow, this is THE perfect perspective and composition. I just love the stained glass you've included in the frame. Superb work, Jules!

A breathtaking view - must be gothic revival at its finest.

This is just super! You managed to capture a great lofty composition within this frame, and I can really feel the height and emotional high this awesome architecture solicits. In short, and with reverence, Oh my God!

What a cracking shot. The light, colour and architecture are beautifully captured. :-)

i really love this collection of images! though i'm not really a fan of neo-classical architecture, this cathedral is an exception ...

It is really very beautiful - all those wonderful architectural features that have stood the test of time.

Great perspective of this lovely lighting and architecture!

Absolutely beautiful! I think this is one of my favorites. I love the architecture and the stained glass.

your fine architectural photography continues at its best here! great perspective looking up at the high ceiling!