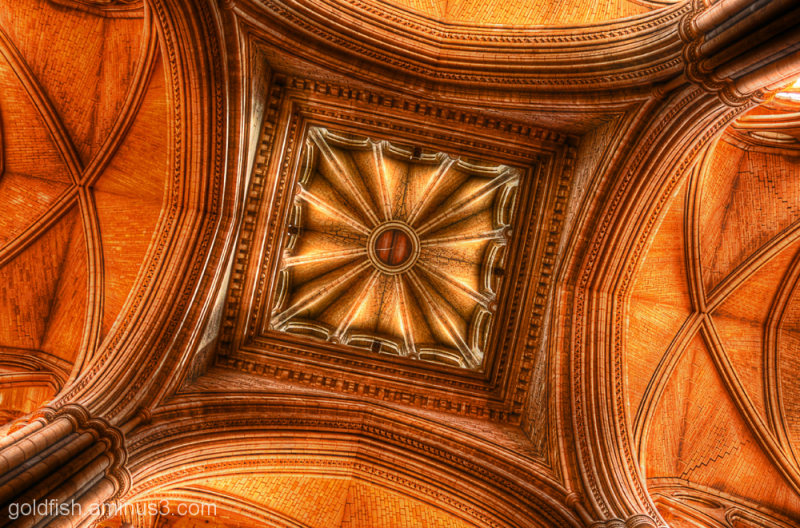 Posted by Jules (Drayton, United Kingdom) on 29 May 2012 in Architecture and Portfolio.

Looking straight up towards the central tower.

A lovely capture of this interesting looking place.
great color and detail.... I enjoyed!

Lovely shot Jules and a great angle, this really is one place that seems to come up with new images every time you see it

You are really pulling the detail in these shots . . they'd stand up well against the original drawings !

What a cracking shot. the colours are amazing.

What a magnificent ceiling. I would want to sneak a chaise lounge in there to just lie there and absorb all the beauty.

the tones and detail and outstanding in this photo!

Great details and hints for this one !

Wow, your processing has really brought out the details and given the image a surreal feel to it. Nicely done, Jules!