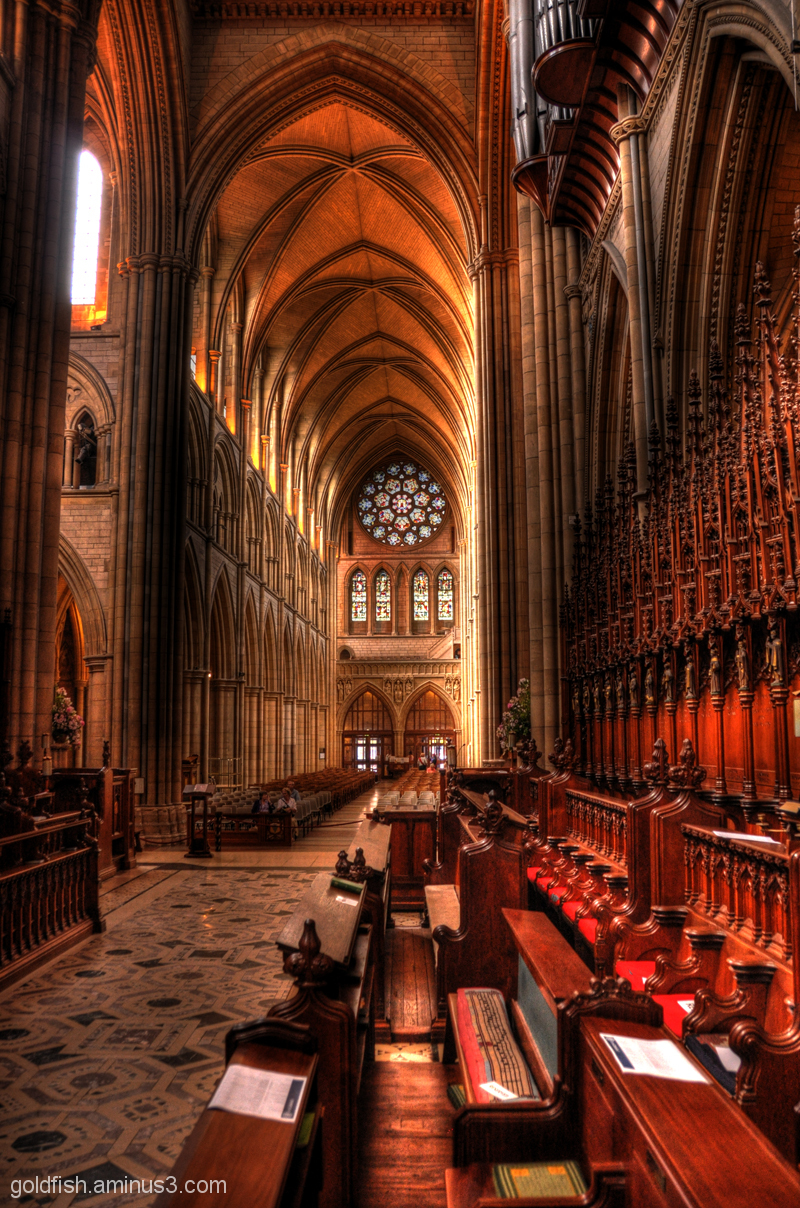 Posted by Jules (Drayton, United Kingdom) on 28 May 2012 in Architecture and Portfolio.

Looking towards the nave as taken from the high alter - showing the misalignment between the east (alter) and west (nave).

Beautifully captured Jules, it really is a stunning building for a modern Cathedral

@Doug: got to confess I was shocked when I learnt that it was only built in the 19C.

Breathtaking beauty Jules, a great great capture, I love the warmth of the woods and the enormous sweep of your lens.

The richness of colours is gorgeous

The detail those craftsman went is truly incredible. Nice capture.

I am actually spell-bounded to see this, WOW!

Gorgeous light and tones. Beautiful rich color and detail. I love the architecture.

This is gorgeous - the colors and the warm light make for a stunning architecture shot! Well done!

Splendid this cathedral, framing and light are sublime. Good day.

Such awesome and intricate detail. We here in the States rarely see such creations. I cannot imagine how these cathedrals were imagined, you know? Someone drew its detail out before a stone was laid. It's just mindblowing, what great beauty man is capable of creating.

I really like all these magnificent wooden details in old Cathedrals . Impressive view of this cathedral's nave, colors and light are gorgeous !!! Beautiful photo ....

superb look along the whole of the building! interesting architectural and historical details ...

even more grandiose and colorful...

stunning level of detail and amazing colour tones! i can almost smell the wood...

Beautifully capture of all those amazing architectural details.

Fantastic..what a light and beautiful details !

Splendid church and equally splendid processing. I love this image.

This image has been featured in 1 Remix collection.