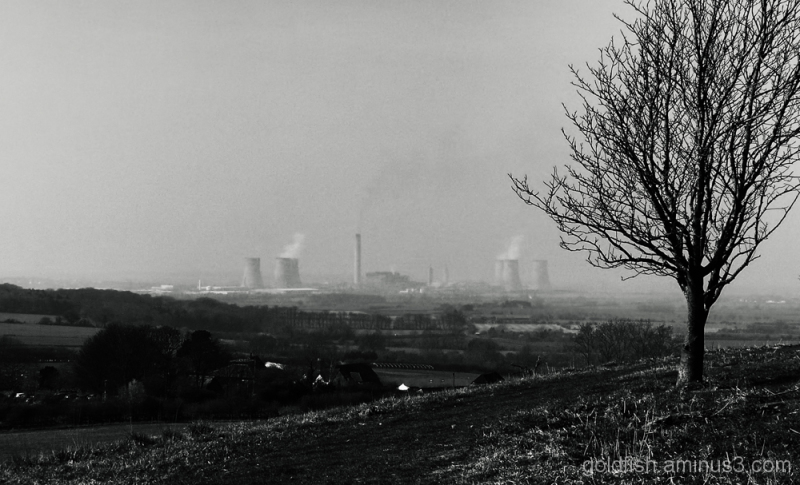 Posted by Jules (Drayton, United Kingdom) on 5 April 2012 in Landscape & Rural and Portfolio.

The cooling towers of Didcot Power Station dominate the skyline to the west.

Interesting information on these hills, the old woodland must be a lovely walk

The power station makes a good subject. I love the contrast - there's even a bit of detail in the darkest areas. It's a well composed frame - 5* Jules.

I love the well researched toponymy and shot

Glad for that information, I was pretty much amused by the name!

Terrific composition in monochrome Jules, and another fascinating piece of information.

This is great - I love the focus on the bare tree in the foreground with the power plant in the background. This has a rather post-apocolyptic feel to it - love it!

Great industrial shot...love the landscape in the foreground...could be a scene from a movie!

I like the name! Beautiful b&w. It is like 2 different worlds. Beautiful landscape in the foreground and the powerplant in the distance. Great image!

The industrial landscape looks great in these tones.

Interesting view !!! I like the leafless tree from the front. Beautiful ..

awsome contrast of nature and man-made structures! you know whose side i'm on ... ;-))