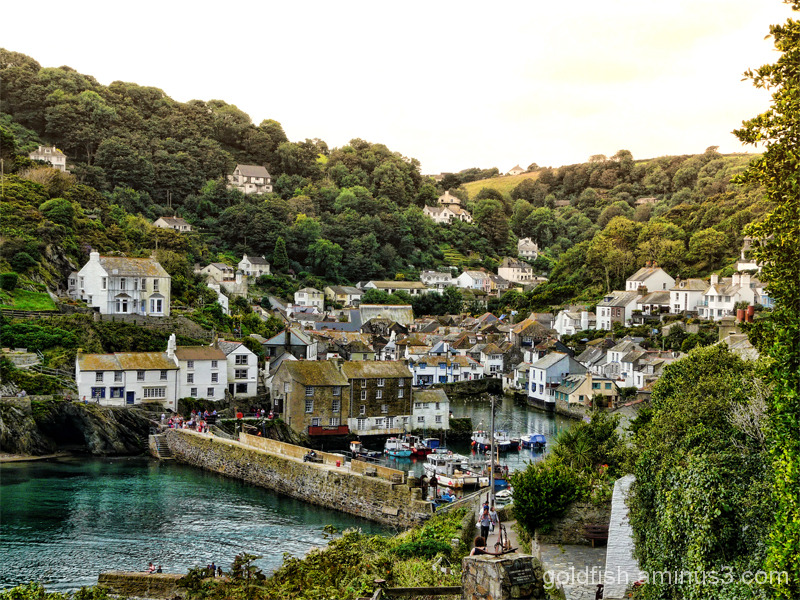 Posted by Jules (Drayton, United Kingdom) on 3 November 2011 in Landscape & Rural and Portfolio.

Smuggling is understood to have prospered since Polperro developed as a port in the 12th century. It reached its zenith in the late 18th century when Britain's wars with America and France precipated the high taxation of many imported goods, making it worthwhile for the local fishermen to boost their income by the covert importation of spirits, tobacco and other goods from Guernsey. Much of the success of the smuggling trade through Polperro is ascribed to the influence of Zephaniah Job (1749–1822), a local merchant who became known as "The Smuggler's Banker". A more organised Coast Guard service was introduced in the 19th century along with stiff penalties, and led to much less smuggling. Part of the South West Coast Path was originally used by Revenue Officers as they patrolled the coast in search of smugglers. Whilst the Coast Path is maintained by the National Trust, the foreshore belongs to the Duchy of Cornwall.

I like very much these beautiful little harbours, sharp image!

I lived in Fowey many years ago. Used to walk over on the coastal path and stop in at the pub. Thanks for bringing back some wonderful memories

@Skyriani: You will no doubt recognise this

Terrific shot, beautiful capture of one of my favourite places.

I remember it well, one of the most charming coastal villages in England. No wonder film directors love using the place.

Even with such global, panoramic perspective it looks like an unusual place indeed.

Polperro is a really beautiful place. I love this village and also your very nice and well made picture.http://kesper.aminus3.com/tag/polperro/

It does look inviting.

I think I can see Doc Martin's house! Gorgeous capture of this perfect little harbour.

Not been here I don't think but need to visit, very nice

A fascinating village on a beautiful landscape. Nice capture.

nice job Jules...didn't appreciate how pretty it was until seeing this.

Such an interesting history and what a beautiful town and harbor. Beautiful composition!

Wonderful shot and with your history, just beautiful! Another place to add to my "must visit" list the next time Jen and I visit England.

great view! missed this place on my recent tour of the area, so thanks for showing ... ;-))

Simply charming!
I must visit it next time i'll go to Britain.
Very good composition rich in fine and interesting details, gorgeous colours and clarity and a good depth.
Well done,
Donato